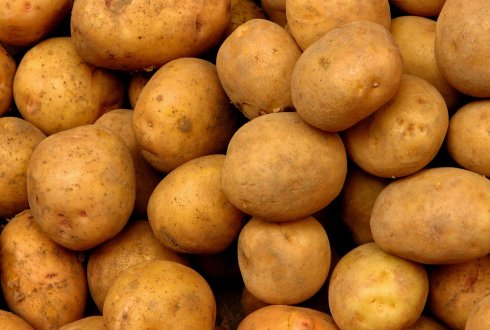 The goal of this work package is to develop databases to analyse compositional variation in 2 model crops. Work package 1 (WP1) concentrates on two model- and commercially important- species relevant to European and global agriculture:

These plant materials will be used for a major comparative analysis study, the first of its kind attempted at the scale envisaged. The concept is to develop databases that illustrate the extent of compositional variation to which the consumer might be exposed.

Furthermore, a targeted analysis will be carried out on major and emerging potential food-borne toxins, such as mycotoxins (toxins produced by a fungus; mycotoxins can appear in food and animal feed as a result of fungal infection of the crop, for example in cereals, or the infection of stored products), on the plant specimens.

Variation may be induced by:

First, an empirical database was developed for cultivated potato and maize germplasm to illustrate existing “natural” variation. This provided a framework against which the influences of a number of breeding approaches and agronomic practices were compared. Furthermore, it will assists the understanding of where new products fit into the concept of familiarity and history of safe use.

WP1 focuses primarily on the new “omics” profiling technologies for the development of comparative databases for risk assessment of foods. These sensitive analytical approaches are used by experienced researchers in the laboratories of the WP1 partners:

WP1 is fully dependent on the delivery of appropriate ranges of plant materials (field and glasshouse grown). Plant production and processing are typical “seasonal” issues, requiring a careful planning to collect all the samples.

Potato and maize samples have been collected from different locations in Poland (IHAR), South Africa (CSIR) and the UK (SCRI).  In 2005 further materials became available from Germany (TUM). In this way, a reasonable range of genotype X environment interactions is covered.

In the first period of the project, plant materials were collected from a wide range of cultivars, used for human consumption. These were grown in replicated trials at different locations under different production systems (organic, low input, high input) and gathered from commercial sources. Where possible, soil samples were collected and environmental conditions were registered. All these data were brought together in a huge database, coordinated by the SCRI.

Since the profiling techniques used for the comparative analysis are extremely sensitive, harmonization of the starting material is a crucial factor.

To ensure a uniform sampling strategy, WP1 worked out detailed procedures, or so-called standard operating practices, for sampling, post-harvest treatment, storage and transport. This will minimize variation caused by operational practices. Furthermore, all further processing of the samples in preparation of the profiling analysis were centralised, also to diminish variation. The SCRI has been responsible for the preparation of the freeze dried samples for the potato analysis and TUM for the maize samples.

Particular emphasis has been given to the samples that will be analysed for mycotoxin load. In a couple of replicated experiments, mycotoxin recoveries from fresh potato tubers have been compared to recoveries from freeze-dried samples (lyophilisation or freeze drying removes water from the food while it is still frozen, by a process called sublimation). This method did not appear to affect the stability of mycotoxins, making it a valid procedure for storage and exchange between partners.

Finally, the RIKILT institute has developed quality control parameters for RNA quality as an important driver for quality control of transported plant materials for transcriptomics. Similar experiments have been carried out on proteomics by UKU.  Thus there is confidence that plant materials grown and processed in Europe and elsewhere (South-Africa and China) can deliver relevant comparative datasets.

The major target for the first 6 months was delivering protocols and plant samples that ensured “omics” datasets were quality controlled. The following six to nine months fully focused on analysis of these samples.