WUR’s latest student competition, the Nature Based Future Challenge, is to begin in November 2023 and continue through June 2024. The challenge was announced during the United Nations COP27 climate summit in Egypt during the wrap-up of a session on agricultural transitions in mega deltas in Asia and Europe.

WUR previously organised student challenges related to, for example, the protein transition and urban farming. During this new competition, participants will work on two of the most significant challenges of the 21st century: climate change and biodiversity loss. The challenge is based on Tim van Hattum’s project the Netherlands in 2120. In this project, he shows what the Netherlands may look like one hundred years from now if we use nature-based solutions. Participants are to develop a similar long-term perspective for the Ganges-Brahmaputra-Meghna delta in Bangladesh. Next, they will zoom in on a specific area in the landscape where a first step can be taken to implement their vision within five years. The new challenge was announced by Saber Chowdhury, a Bangladeshi member of parliament.

‘The focus is on deltas because it is there where a large portion of our global food production is located and because they are densely populated’, Rio Pals (manager of WUR student challenges) told Resource earlier. ‘At the same time, these regions are vulnerable to the effects of climate change. Many challenges converge there.’

Read the full article at Resource-online 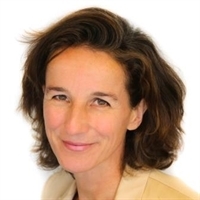