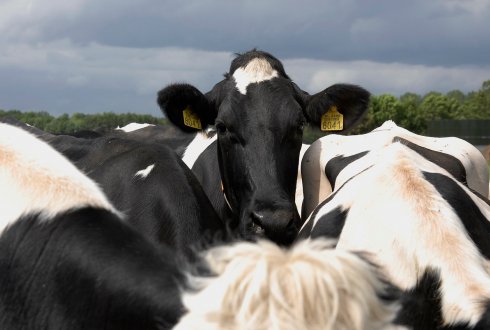 The lumpy skin disease has been described for the first time in 1929 in Zambia. The virus infection has largely remained restricted to African continent but emerged in the Middle East area in 1989.

Only bovines and zebus develop clinical signs specific of the disease. The disease has not been found so far in wildlife animals. Lumpy skin disease primarily affects cattle and African Cape buffalo and it is present in Africa. The disease is believed to be spread between animals by biting flies (Stomyxos calcitrans) and mosquitoes, although spread of the disease is often related to cattle movements.

Many animals in a herd will be affected but a few animals die from the disease. Death rates are greater among calves. The disease causes damage to hides, loss of milk and beef production, abortions in females and sterility in bulls. The economic losses in herds with the disease are very severe. Any suspicion of this notifiable disease must be notified to the government.