Reduction of veterinary antibiotic sales by 63% in the Netherlands from 2009 to 2017 showed no evidence of a negative effect on average production and economic results on broiler and pig farms. Also the international cost competitiveness of Dutch broiler and pig farms was not hampered by the reduction in antibiotic usage. This is evident from a study by Wageningen Economic Research at the request of the Ministry of Agriculture, Nature and Food Quality.

Antimicrobial resistance (AMR) is one of the most serious public health crises today. Therefore, worldwide initiatives are taken and action plans are developed to reduce AMR both at national and international level. As the World Health Organisation (WHO), Food and Agriculture Organisation (FAO) and the World Organisation for Animal Health (OIE) observe, research on the economic effects of these measures is limited. This research contributes to filling this gap.

In 1999, the Dutch government started the monitoring of antibiotic usage in Dutch livestock production by recording the total sales of veterinary antibiotics. In 2004, this was extended to include antibiotic usage per animal species. Since 2008 a new policy on the reduction and the responsible use of antibiotics in livestock was implemented. The policy was set up as a public-private partnership with private stakeholders from the major livestock production sectors in the Netherlands and the Royal Netherlands Veterinary Association. The private stakeholders were responsible for reducing the antibiotic usage, while the Dutch government facilitated and supervised developments.

Stakeholders feared that reduction of antibiotics in livestock production would have a negative impact on productivity and economic farm performance. Large fluctuation in family farm incomes  in the pig and poultry sector is typical for these sectors. This is caused by instability of agricultural markets, fluctuations of feed prices and prices received by farmers. However, since the 2009 antibiotic policy reforms, in neither the sow nor the broiler sector a downward trend in family farm income can be observed.

The average cost of pig production in the Netherlands substantially increased compared to the other three countries, partly because the autonomous increase of sow performance lags behind. The cost competitiveness of Dutch pig production has been deteriorating since 2013. However, no evidence was found of any relation between the decreasing cost competitiveness and antibiotic usage reduction.

To reduce antibiotic usage, farmers used a variety of relatively easy and cheap measures to improve the health of their animals or the health status of their farms. These measures focused mainly on animal health management, such as paying more attention to hygiene, use of pain killers and anti-inflammatory agents or more preventive vaccinations. The majority of the interviewed farmers implemented the health management measures more than three years ago and continued to do so.

Experiences in the Netherlands show that an active policy towards antibiotic usage reduction can work. The research leads to the following policy implications for countries considering to start with antibiotic reduction: farm advisors and suppliers, such as veterinarians, and the feed industry will have to be actively involved to establish this reduction of antibiotic usage, because farmers have to choose the most appropriate combination of measures that are suitable for their specific farm. Also, to achieve a substantial reduction in antibiotic usage, a clear sense of urgency is needed, combined with a target-based policy and ambitious targets. 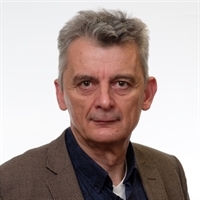 Do you have a question about antibiotic resistance? Ask our experts: dr. RHM (Ron) Bergevoet
Contact form + Show more (1)