Scientists are going to better study the swimming and escaping behaviour of plaice and sole. With this knowledge, Wageningen University & Research hopes to contribute to an alternative method of catching these flatfish, now that pulse fishing has been banned. The NWO (Dutch Research Council) has awarded a grant of 1.3 million euros to this research.

The European Union recently banned pulse trawling. This fishing method uses electric pulses to startle fish such as plaice and sole, so they swim into the nets. Thus, fishers have resorted to using beam trawls with tickler chains. The chains are used to startle the fish, but also cause disturbance of the seabed.

The research aims to find alternatives for the use of beam trawls; a fishing method that is more efficient and less harmful to the seabed. 'First, we will study the swimming and escaping behaviour of the intended catch', says researcher Martin Lankheet. 'Relatively little is known about the behaviour of flatfish'. Flatfish live on their side on the sea floor, often hidden in the sand.

This knowledge may help Wageningen scientists develop stimuli that allow the plaice and sole to be caught with a minimal impact on the environment. To this end, they will collaborate with TU Delft. Potential promising stimuli will be established in consultation with the fisheries sector. During the later stages of the research, a prototype will be developed and tested.

Researchers are to collaborate in a consortium with businesses from the fisheries sector, branch organisations such as the Dutch Fisheries Association and VisNed, the Fisheries Innovation Centre South-West Holland, the TU Delft and Wageningen Marine Research.​ 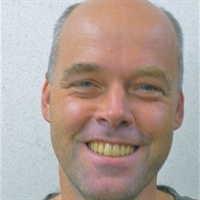 Do you have a question about this research? Ask our expert: dr.ir. MJM (Martin) Lankheet
Contact form + Show more (1)