My research is focused on the daily geographies of separation barriers in Israel/Palestine. When thinking about walls that are built by governments to separate two areas, the images that quickly come to mind are those of clear cut divisions created by unified materials such as fences or concrete walls. However, the wall being built between Israel and the West Bank is a part of an assemblage of separation barriers in Israel/Palestine that represent a diverse mixture of architecture. In my research project, I wish to shed light on this assemblage of separation barriers in Israel/Palestine, with a special focus on checkpoints. This will be done by analyzing checkpoints as spatio-political technologies that &apos;do things&apos;, as they produce, via the agency of their human and non-human components, specific geographies based on the limitation and control of the movement of Palestinians, but also based on Palestinians&apos; diverse and creative forms of engagement with those restrictions. Where arbitrariness is used as a tool by the security guards/soldiers on a daily basis to endlessly reproduce the asymmetrical relationship between the occupier and occupied, Palestinians are at times (partly) able to negotiate and minimize the influence of the arbitrariness implemented by the occupation forces. Hence, I wish to indicate the importance for studying the messiness related to daily practices of life under occupation in the West Bank and the impact on Palestinians, and the ways they impact themselves the multitude of material barriers, such as the checkpoints, that make up the Architecture of Occupation. 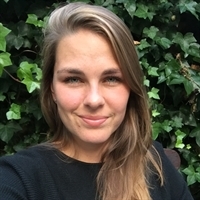