Researchers Marjoleine Hanegraaf and Janjo de Haan are experts in the field of soil organic matter (SOM). They argue that, when it comes to SOM management, we in the Netherlands tend to adhere too much to the same old rules of thumb. Their vision is to manage soil using different types of organic matter. The only way to really achieve sustainable soil management is with new knowledge and techniques.

The government’s ambition is that all Dutch soils are to be sustainably managed by 2030. For Hanegraaf and de Haan, one thing is certain: organic matter management is the key to achieving that target. They cite the old rule of thumb that, on average, about 2,000 kg of organic matter per hectare breaks down in the soil every year. So you would need to add that amount to keep everything in balance. But the exact degree of degradation depends on the stability of the organic matter and the conditions in the soil. When it comes to the input of organic matter, manure, crop residues, green manure and compost, not only do some types break down faster than others, but they also have different impacts on soil quality. The researchers assert that we can use this knowledge to manage soil quality in a much more targeted way than we do now.

De Haan refers to the knowledge generated by the Beter Bodembeheer study, a public-private partnership (PPP) focused on soil management. “We debunked several myths, such as ‘more is better’, and developed practical tools for a range of cultivation systems. We know that if there is insufficient (< 2,000 kg) organic matter input, yields will start to decline over the years. If you add organic matter to a plot of land where the level has become too low, the yield will start to rise again. However, adding extra organic matter (> 2,000 kg) to a plot that already has a sufficient level does not produce higher yields, but rather risks higher nitrogen losses. If properly managed, this doesn’t always have to be the case and the nitrogen becomes fixed in the extra organic matter.”

From generic to specific

The conversion and eventual decomposition of organic matter takes place during the aerobic mineralisation process in the soil. The speed of this process is affected by moisture, temperature, oxygen and tillage. Combined with the decomposability of the organic material applied – Pig slurry decomposes faster than cow slurry, manure decomposes faster than compost – this process determines the amount of stable organic matter or humus that eventually forms in the soil. Hanegraaf: “The old rules of thumb on the decomposition of organic matter are still useful for an initial estimation. But they no longer suffice when it comes to achieving targeted improvements in soil quality.”

Hanegraaf argues that it is possible to formulate a diet of organic matter for soil biology, as it were, so that it enhances the desired soil functions. “Just think of the food pyramid we use for our daily meals. I think that’s a good way of looking at it. At the moment, we only apply cattle manure or solid manure or compost, but you could put together a varied diet.” De Haan: “Take your crop plan as a starting point and factor in crop residues and green manure. You could even use one type of organic matter in one year and another in the next, as long as it’s a complete balanced diet over the years.”

Hanegraaf talks about ‘refining’ the organic matter balance. “Zooming in on that particular quality of organic matter that is needed for good soil quality.” De Haan: “Sometimes you switch from fast food to a healthy diet.” He explains that this is an approach that invests in the future, because the costs are necessary in order to generate future benefits. Growers and advisers are increasingly aware of the importance of this forward-looking approach to soil management.

This is where knowledge generated by many Wageningen research projects comes together. Hanegraaf points to a number of examples, such as soil biology analyses, which are becoming increasingly comprehensive thanks to DNA technology, knowledge of geographical information systems, mechanisation and tillage and the use of sensors to assess soil quality.

For growers, good organic matter management and fertilisation are part and parcel of their strategic management plan, says de Haan. “These days, farmers have to be all-rounders. For tactical issues such as crop protection, they have to constantly inspect the crop. For strategic issues concerning organic matter management, expert advisors can play a valuable role. You can talk to an expert about those issues once or several times a year.”

Growers sometimes struggle to apply sufficient organic matter within the legal frameworks and the available budget. It is important to look at the available options and do the calculations properly. De Haan explains that the ratio of green manures and crop rotation are also important in addition to calculating the input of compost or solid manure. The current situation will change if there are fewer cattle and therefore less manure in the country. De Haan: “Then other organic material flows will start to play a role.” Hanegraaf: “In addition to animal manure, either processed or unprocessed, we will also start to make more use of other organic residual flows, such as those from the city. The great advantage of this is that it returns nutrients to food production that would otherwise be lost forever.”

Soil experts Marjoleine Hanegraaf and Janjo de Haan also visit farmers, which they do in collaboration with a business advisor. During a visit to arable farmer Gert-Jan van Dongen, the knowledge of the farmer, advisor Albert Jan Olijve of Van Tafel naar Kavel and the researchers came together nicely.

“We can provide insights that will help farmers in their day-to-day activities. And as researchers, we get a better idea of how growers can achieve soil management objectives.” Photo: Ruud Ploeg

Van Dongen invests in his soil by applying plenty of organic matter, using light machinery and including many break crops in his crop plan. Flowering flax, a crop that Van Dongen has been growing since the family took over the farm in Zeewolde, is particularly beautiful. When he started farming on this heavy clay soil back in 1995, he included flax as a regular feature in his crop rotation plan because it is an effective soil-improving crop.

At the beginning, his crop plan was more intensive and he used quicklime, which gradually deteriorated the structure of the soil. So he had to stop and rethink. “I have learned to be more efficient with the soil. We really understand the clay here now and know that you have to do things at the right time.”

Olijve, Hanegraaf and De Haan talk to Van Dongen about the impact of soil management and about the figures in the soil report, which they present to each participant in the network. The conversation naturally moves on from measurements and theory to things that the grower can do in practice with all the chemical, physical and biological properties.

According to Hanegraaf, it is always during this interaction between researchers, advisor and farmer that the real gems emerge. “It works both ways. We can provide insights that will help farmers in their day-to-day activities. And as researchers, we get a better idea of how growers can achieve soil management objectives. 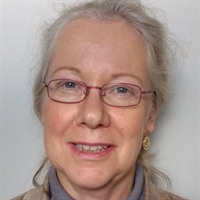 Do you have a question about soil management? Ask our experts: MC (Marjoleine) Hanegraaf MSc
Contact form + Show more (1)