Identify novel staple food-based approaches to improve micronutrient malnutrition for better health and development of women and children in sub-Saharan Africa. This project will focus on the improvement of millet-, sorghum-, maize-, and cassava based (complementary) foods. If the micronutrient content of the main staple foods consumed in Africa can be increased, this can have a major impact on health.

INSTAPA aims to identify novel staple food-based strategies to improve micronutrient malnutrition for better health and development of women and young children in sub-Saharan Africa. The project focusses on the improvement of millet-, sorghum-, maize-, and cassava-based foods through biofortification, fortification, and post-harvest processing, to safely prevent deficiencies of iron, zinc and vitamin A and to improve immune function and cognitive development. Through capacity building, information sharing and strengthening scientific and technological excellence in staple food-based approaches in Africa and Europe, the project seeks to significantly contribute to the improvement of the dietary quality of young children and their mothers living in resource poor and malaria endemic areas in sub-Saharan Africa.

Main results indicate that INSTAPA succeeded in producing varieties of pro-vitamin A biofortified or yellow cassava with sufficient β-carotene levels that are generally well accepted. Production and consumption of yellow instead of white cassava would offer an alternative option for reducing vitamin A deficiency in sub-Saharan Africa. Iron biofortification of pearl millet is a promising approach as consumption would double the amount of iron absorbed. Biofortification via soil fertilization with zinc appears to be as good an intervention strategy to combat zinc deficiency as the conventional zinc fortification of foods. Genetic diversity of iron and zinc concentrations of sorghum exists but at present the potential contribution of sorghum varieties to iron and zinc intake is not sufficient to solve iron and zinc deficiency.

The use of NaFeEDTA seems to be the most feasible and promising approach increasing iron bioavailability from iron-fortified sorghum foods containing both phytic acid and inhibitory polyphenols. In remote areas with limited access to conventionally fortified foods, in-home fortification with millet-based complementary foods using enhancers, such as phytase and ascorbic acid, is a promising approach to provide additional iron. Concerning zinc fortification of cereal staples, zinc sulphate is a slightly better absorbed fortificant than zinc oxide, while EDTA is a modest enhancer of zinc absorption. But adequate absorption can be obtained with zinc oxide making cost and sensory properties the most important criteria for selection. Phytase enzyme added before consumption can significantly increase Zn bioavailability in adults and children. Its potential addition to micronutrient powders or lipid-based nutrient supplements for home fortification may be of important public health significance. Due to the low mineral contents and high contents of factors inhibiting absorption in sorghum and millet, and to the observed effects of decortication (co-elimination of desired and undesired compounds), the optimisation of the contents in bioavailable iron and zinc in millet or sorghum-based dishes through improvement of processing is probably not sufficient.

Formulation of optimized accompanying leafy vegetable sauces is potentially interesting, but the total quantity of iron absorbed from these improved sauces was not higher than that of traditional sauces. Further measures such as adding iron absorption enhancers to the sauces, decreasing the concentration of inhibiting phenolic compounds in the sauces need to be investigated.

Very importantly, studies showed that asymptomatic malaria parasitemia decreases dietary iron absorption through low-grade inflammation. This may contribute to iron deficiency or iron deficiency anemia or may blunt efficacy for fortification programmes in malaria-endemic areas. Antenatal iron supplementation leads to large improvements of birth weight, fetal growth and infant iron stores, with potentially immense benefits for infant survival and health that should outweigh any possible concerns about risks of malaria. Scaling up universal iron supplementation, even in the presence of universal iron fortification of staple-foods, in pregnancy in developing countries is likely to generate major public health gains. Addition of micronutrient powders to maize flour is beneficial to hemoglobine levels of young children and improved health status and behaviour, the latter detectable after 2 years of age. 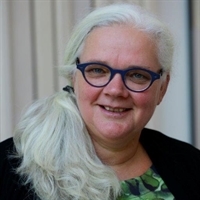