Biodiversity is one of our biggest allies in reducing the impact of climate change. Yet, climate change itself is expected to severely disrupt ecosystems and cause a further decline in biodiversity. Addressing these two issues together is essential to ensure that measures to combat the one do not endanger the other. Wageningen University & Research combines its knowledge and expertise in climate and biodiversity research in a landscape approach, with a strong focus on nature-based solutions.

Biodiversity is an essential building block for the effective functioning of many ecosystem services, such as the oxygen we breathe and the food we grow. Ecosystem services play an important role in the context of climate change. For example, healthy ecosystems are carbon sinks, meaning that grasslands, forests, wetlands, soils and oceans take greenhouse gases out of the atmosphere. This service is estimated to have removed about 60% of global emissions since the Industrial Revolution, mitigating climate change enormously.

Additionally, biodiversity increases the resilience of ecosystems, protecting our landscapes from climate disturbances, because healthy ecosystems buffer these climate impacts. For example, they can absorb large amounts of water, and reduce the risk of flooding. But also hold water, to decrease the effects of drought. Coastal ecosystems protect us from flood risk from rising sea levels and extreme weather events. This is why biodiversity is one of our biggest allies in reducing the impacts of climate change on our landscapes.

Yet, climate change presents a threat to biodiversity. It is estimated that the impact of climate change alone leaves 5% of species at risk of extinction, if the Earth warms up only two degrees Celsius. At 4.3 degrees, this rises to 16%. And some studies even say that climate change alone could drive half of the known species on Earth to extinction. For many species, the climate is simply changing too fast for them to migrate or adapt. Also, there are limits to how much they can change their physiology in order to adapt to climate change.

When pressures by climate change and human actions like habitat destruction interact, the negative impact on biodiversity is expected to be much worse. This loss of biodiversity reduces the health and function of ecosystems. Moreover, it will affect their resilience and ability to absorb and recover from climate-related hazards, like drought, flooding or storms. This means that a decrease in biodiversity will lead to an increase in climate vulnerability of our landscapes.

Nature-based solutions have enormous potential to contribute to the climate challenge of staying below two degrees of global warming and adapting to a warmer world, as well as improving biodiversity. By using nature, for example by expanding wetlands alongside rivers or salt marshes along a coastline, buffers are created that can absorb floods and increase biodiversity. Similarly, by planting trees and combating deforestation, more carbon gets stored, helping both to reduce climate change and provide a habitat for diverse species. And by making our agriculture systems more nature-inclusive, their resilience to drought or extreme weather can be increased.

Wageningen University & Research frequently uses nature-based solutions in an integral landscape approach to address climate change and biodiversity loss. A prime example of this is the map of what the Netherlands could look like in a hundred years from now, if you shape it from a nature-based perspective. Similar approaches could be taken to designing future cities, or to reimagining agriculture. 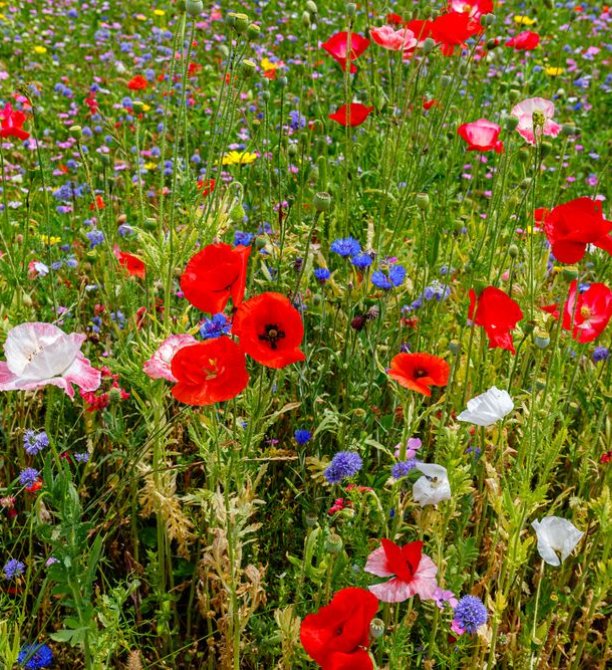