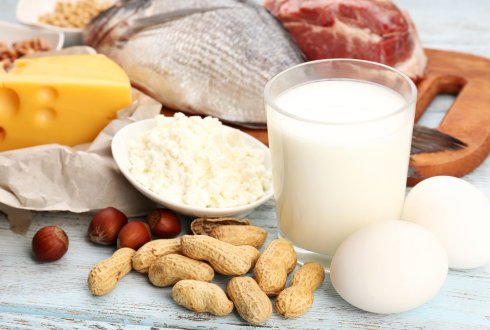 If we want to sustainably optimise the global food system, and in particular the role of dairy in that system, some thorough scrutiny and analysis will be needed. We therefore need to start by fully understanding the complexity of the problem and the implications of changes in our food system, before we can start considering solutions. This is what Professor Thom Huppertz (born in Venray, Limburg in 1975) will assert in his inaugural address at Wageningen University & Research on Thursday 16 January 2020.

The global population has reached 7.8 billion people, and it’s continuing to grow. Ensuring access to enough healthy food for that many people is a major challenge. “We need to be sure that we have a clear understanding of the challenges and implications of feeding the world before we look at solutions and how to implement them,” says Professor Huppertz. “What are the possibilities? What would be practical? What would be optimal? We can’t afford to take a chance. There’s no room for trial and error.”

According to Professor Huppertz, we need to consider every aspect of healthy diets. This is because feeding the world is not just about production and consumption. It’s much more complicated than that, with social, cultural, economic and political issues all playing a part in how food is produced. The food we produce is then consumed as part of a meal, and the nutrients in the various components of a meal all have an influence on each other. For instance, zinc from rice becomes more easily available in the presence of dairy. According to Huppertz, we need to take all these aspects into account and consider them as a whole.

Dairy as an efficient source of nutrients

Professor Huppertz’s special chair in Dairy Science & Technology is researching the role of dairy production and consumption as part of a sustainable and healthy food system. Dairy is an efficient source of high-quality proteins (high so-called DIAAS score) and other nutrients. Obtaining the same level of nutritional benefit from other food sources would require us to eat those foods in far greater quantities. Dairy is also one of the most affordable food sources. This is crucial, particularly in developing countries.

Thom Huppertz was born in Venray, Limburg in 1975 and works part-time as a principal scientist in food structuring at FrieslandCampina. He is also an adjunct professor of Dairy Science at Victoria University in Melbourne, Australia. Huppertz also serves as Editor in Chief of the International Dairy Journal. He previously spent 10 years with NIZO as principal scientist in dairy technology. From 2013 to 2017, Huppertz was an adjunct professor in Dairy Science and Technology at South Dakota State University in the US.

Dr Thom Huppertz took up the special chair in Dairy Science & Technology at Wageningen University & Research from 1 May 2019. The chair is a joint initiative between Wageningen University & Research and the Dutch Dairy Association (NZO). Thom Huppertz succeeded Professor Tiny van Boekel, who held the chair on an interim basis since September 2017. The chair is part of the Food Quality & Design chair group led by Professor Vincenzo Fogliano.

The inaugural address will take place on Thursday 16 January at 16.00 in the main Auditorium at WUR, Generaal Foulkesweg 1, Wageningen. The inauguration is broadcast from https://wurtv.wur.nl.