Figures that run into millions or billions are elusive and difficult to grasp. We can’t handle magnitudes like that. We need smaller units, humanly conceivable, and preferably accompanied by emotions and individual consequences to give them real meaning and make them strike a chord. This is how I respond to large amounts. Light years and cosmic distances make my head spin. I feel ‘lost in space’. 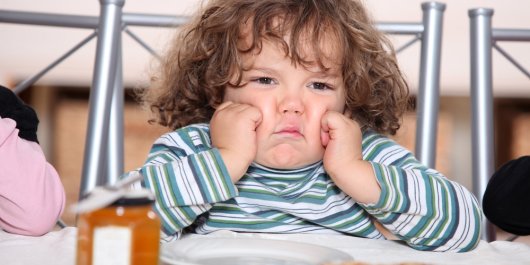 But on a global scale, figures soon fall short as well. Take obesity, for example. Food security is a major global theme, while an estimated two billion people or more are classified as obese. The figure two, followed by nine zeros, is an abstract unit. When you learn that this means that one in three global citizens is overweight, you get some perspective on the extent of obesity, but you still don’t appreciate the seriousness or the urgency of the situation.

The American author Lionel Shriver offers a good example. In her novel Big Brother (2013) obesity plays a leading role. Shriver lost her brother prematurely to the effects of morbid obesity. Apparently, it takes a tragic event like that to address obesity as a theme in non-fiction; strangely enough, novelists seldom explore obesity in their works. So far, the unmistakable presence of obesity in a society like America has not delivered a cupboard full of ‘obi-lit’. Big Brother turns the spotlight on the personal struggles and relational tensions that go hand in hand with excessive obesity. In Shriver’s book, being fat is linked to blame and compassion, to inflated self-esteem and self-hatred, to indifference and frustration, to secrecy and humiliation. Battling with and against the flab is tough; the relationship with food is blighted. What the novel is particularly clever at showing is the diversity of human responses to obesity and how people rationalise it. The thinly-disguised causes and the devastating effects of corpulence have a direct impact on the reader via Shriver’s characterisation.

Obesity is not only about global statistics and analyses, it’s just as much about everyday discomfort. If you are corpulent, you feel your quality of life is undermined, if you cannot climb stairs effortlessly, enjoy sport or do the shopping without getting breathless. In other words, being overweight or obese not only leads to serious health complaints and costs, it also involves personal discomfort and various degrees of social disengagement. This is not always visible or quantifiable, but that does not make it any less traumatic, disquieting or regrettable.

The powerful message of human size does not always come across as it should. Remember the hype a year ago when a 20-year-old boy had to be lifted out of his house by a fork-lift truck? Khalid Mohsen Shaeri – weighing over 600 kilos – was one of the world’s heavyweights. The front of Khalid’s house had to be demolished to allow the young man to be hoisted from the home that he had been unable to leave for several years. (After the short-lived media frenzy Khalid faded quickly from the news, except for a report six months later to say that he had lost 320 kilos and was well on his way to becoming the world’s weight loss champion.) This kind of personalisation of obesity can easily lead to trivialisation. Overweight is something to snicker at. Or you can always take comfort from the fact that you aren’t as fat as Khalid. These are just some of the worst-case responses to obesity that TV programmes can elicit.

Issues need to be invested with human proportions in order to place them in the public eye and make them relevant. There are countless examples of this in the media when a human interest story is reported or a topical problem or issue is discussed. Everyone who wants to get their message across or make a point knows that a personal note will attract attention and win sympathy. Researchers, however, are often hesitant and tend towards abstraction and generalisation rather than concretisation and personalisation. Though there are good reasons for this, researchers can learn useful lessons from journalists and writers of fiction. The same goes for LEI. We strive for knowledge with impact. Our research will have deeper import and impact if we give our figures and analyses a human face.

An inspiring start is being made by LEI researchers who are noting the personal outpourings and direct experience of businesspeople in their work.