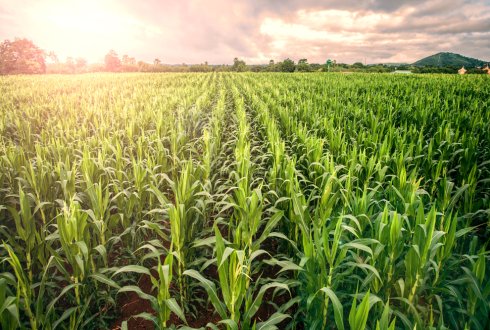 Wageningen University & Research is working within the CropBooster-P EU project on a roadmap to make agricultural crops future-proof. These crops should have a significantly higher yield, combined with an optimal use of water and minerals. And, of course, the crops should also have the highest possible nutritional value and quality. Ultimately, these crops will need to result in the doubling of the global food production required to feed the world’s expected 10 billion inhabitants and reduce the effects of climate change. The good news is that this is possible.

Ensuring sufficient food to feed the global population in 2050 requires a major rise in agricultural production – the equivalent of a yield growth of between 70% and 100%. “This is indeed a huge task, especially as we have to achieve this growth on the agricultural land that is already in use,” says René Klein Lankhorst, programme developer at Wageningen University & Research and coordinator of the CropBooster-P project. “Cutting down rainforests for extra agricultural land is not an option as it would destroy the world’s ecosystem.”

At the same time, the world needs to shift from fossil fuels to biobased raw materials in order to combat climate change. This is also easier said than done as it requires a further 30% rise in agricultural production. “We will need massive amounts of biomass to provide industries with alternative raw materials. This is a huge challenge. At the request of the EU, 18 European partners led by Wageningen University & Research are drawing up a roadmap on how to develop these new crops.”

According to René Klein Lankhorst, it is technically feasible to double the yield of European agriculture by 2050. The key lies in optimising the photosynthesis process: “The current agricultural crops now convert a surprisingly low percentage of sunlight into plant biomass; some 0.5 to 1%. Doubling the percentage to 1 to 2% is all we need and this has already been scientifically proven to be possible. But there’s more involved than photosynthesis alone; the improved crops will also have to use water and minerals such as nitrogen and phosphorus very efficiently. Moreover, an increased yield should have no impact on quality and nutritional value. A great deal of additional research will be required to achieve this goal.”

CropBooster-P is aimed at clearing the way for long-term research. To do so, the parties involved are establishing the widest possible roadmap containing all existing and future opportunities to increase the crop yield. A successful development and introduction of improved crops requires widespread support in Europe.

Klein Lankhorst: “Various social parties are resisting the use of modern technology in plant breeding. This is probably partly due to the fact that people don’t feel heard in their objections and doubts related to technological developments. CropBooster-P will therefore from the outset involve society in the development of a roadmap to make our crops future-proof. We will do so by organising a large number of workshops where the challenges facing modern agriculture will be discussed with consumers, the industry and farmers.

“Together with these parties, we aim to formulate solutions in order that future generations will also have access to sufficient, high-quality food. By the time the CropBooster-P project is concluded we expect to have developed a roadmap that is supported by society. The European Commission will then use this to carry out the research needed to secure our future food supply.”