Sometimes it may seem like science is divided into two camps, also in Wageningen. On one side, there are goal-oriented researchers who aim to solve societal problems; on the other, researchers who let their curiosity guide the direction of their research. Together, they have formed one Wageningen University & Research for almost twenty-five years. Some groups, like those working on plant research, have successfully built bridges between the two sides. Others have not connected at all. Why does making that connection remain so challenging?

Small, plastic self-tests that measure allergens in food: these are just one of the results of the long-term collaboration between the applied Wageningen Food Safety Research (WFSR) and the fundamental research group Organic Chemistry. Now the two are working on a new test that measures plant toxins in food. Quite a fruitful collaboration, you might say. So, why is it so difficult to break through the invisible wall between applied and fundamental research and for them to work together? And how do WFSR and Organic Chemistry manage it?

The fact that the two parts of Wageningen University & Research conduct different types of research is a major challenge in itself. Researchers at the university (WU) want to figure out how things work and discover nature’s secrets. Within Research (WR), scientists work toward specific goals. At WFSR, this means guaranteeing food safety. There is a clear strategic plan that the research must connect to. This means there is less room to chase points of interest than at the university. The two parts thus have very different research mentalities.

“For good collaboration, both parties must recognise and accept the differences between WU and WR,” says Gert Salentijn, tenure tracker at both Organic Chemistry and WFSR. “Only then you can look for content based connections.” Let’s go back to the example of the small self-tests that detect harmful substances in food. Ideal for inspectors of the Dutch Food and Consumer Product Safety Authority or consumers at home. Normally, large, clunky devices are used to measure these substances and a pump is used to push the sample through the test. Scientists in Wageningen want to scale such systems down so measurements could be made on location; a goal-oriented project that suits the practice-oriented institute WFSR. However, they have to find an alternative to the pump. Therefore, they have to go back to basics: fundamental science.

That's when Salentijn walks through the door of his group at the university. “There I try to replace the expensive pump with a piece of paper,” says Salentijn. Paper has a suction effect, so it is ideal to guide a liquid sample through a test. In addition, paper is light and cheap. Together with his colleagues at the university, Salentijn changes the surface properties of the paper by ‘sticking’ chemical substances to it. Long carbon chains are water-repellent, just like wax or oil. “I try to guide, slow down or stop fluid flows with tricks like this,” says Salentijn. He takes that fundamental knowledge back to the WFSR lab to develop self-tests.

Distance between applied and fundamental research

Salentijn’s study of the behaviour of fluid flows on a very small scale occupies an area between applied and fundamental research. His connecting position offers him the ideal opportunity to put knowledge into practice. All this started years ago with the appointment of WFSR researcher Michel Nielen as special chair in Organic Chemistry. "Every shared project that follows, is an extra bridge between the two," says Salentijn.

However, this kind of collaboration is not always obvious, especially when fundamental and applied projects are not clearly related. Within Wageningen, this applies for example to biobased and biomolecular research. Scientists then usually stick to their own fields and interests. Han Zuilhof, chair holder in Organic Chemistry, also has a strong interest in the fundamental side. “My strength is not in the application, but I do put a lot of energy into finding and making application possible.”

Even when two groups see an opportunity to tackle projects together, they are faced with another challenge. There is only a shared researcher present roughly half of the time. Sometimes, both groups claim the researcher and, consciously or not, they take up more of the researcher’s time than their contract permits. Zuilhof is not concerned about this: “I give my researcher space, and I trust him to divide his work fairly between the groups.” Instead of counting hours, Zuilhof and Toine Bovee, team leader at WFSR, prefer to evaluate the outcomes of the collaborative ventures. In Salentijn’s case, that outcome was much greater than what one team could have achieved on their own.

However, not just anyone is able to be the connecting link between fundamental and applied research at Wageningen. It is precisely because the two branches of Wageningen University & Research are so different that the scientist in this position has to be flexible, able to clearly communicate with both sides and take the goals and objectives of the two parties into account. “You have to be able to see where there are opportunities that are interesting for both groups,” says Salentijn. Shared investigators must therefore have a specific and extensive set of skills and very particular character traits. Zuilhof agrees: “We collaborate so successfully because I actively looked for people who fit this kind of job.”

“The time of the islands in Dutch research is over,” says Zuilhof. Sharing knowledge and forming a strong research network is already happening within and between universities. Now is the time for WU and WR to anchor themselves even further and stimulate collaboration. At the beginning of this year, graduate school VLAG offered a scholarship to tenure trackers that requires cooperation between WU and WR. “These are great initiatives to stimulate connections,” says Salentijn. “Although,” he notes, “they are still project-based and not continues collaborations.”

So, there are collaborations between the fundamental focussed WU and the applied branch WR, but the barrier between them remains noticeable. This is not because shared projects are not fruitful or researchers are unwilling, but because opportunities to work together are not always clear, collaboration takes quite a lot of effort and because collaborations require time and patience to develop. Nevertheless, the collaborative efforts between WFSR and Organic Chemistry are doing so well that a second shared assistant professor recently started. Now it is just a matter of applying the ‘trick’ again. For other groups, the construction may not be directly copyable, but it is an excellent starting point. With a bit of luck and perseverance, in ten year time, we will no longer see Wageningen University & Research as two separate entities, but as a single unit: One Wageningen. 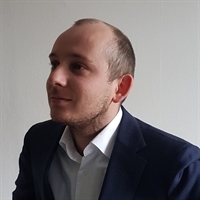 Do yo have a question about collaborations between applied and fundamental research? Ask one of our experts: dr. GIJ (Gert) Salentijn
Contact form + Show more (2)

As the name indicates, Wageningen University & Research consists of two parts: the university and the Research branch. The latter consists of nine research institutes of Wageningen Research (formerly the Agricultural Research Service). They conduct practice-oriented research on behalf of the government, non-profit organisations and companies. The university, also known as the Agricultural College, was founded in 1876 and mainly focuses on educating students and young researchers. The university and the research institutes operated separately for a long time, although both were located in Wageningen for the most part and both performed agricultural research. They merged in 1998 and are now known together as Wageningen University & Research (WUR).