Intrinsic disorder is predicted to be particularly prominent in allosteric signaling proteins such as transcription factors. Transcription factors are required to initiate transcription of DNA in eukaryotes. In case of land plants, the small organic molecule auxin is involved as hormone in most developmental processes, which are mediated by changes in gene expression. These alterations in expression happen because auxin liberates ARF proteins from repressing dimeric interactions with auxin/indole-3-acetic acid proteins, as a result of ubiquitination and degradation of the repressor proteins. Liberation of ARF proteins activates them, leading to regulation of a defined set of target genes.

In general, ARF proteins consist of 3 domains: a DNA binding domain (DBD) located at the N-terminus, a middle region (MR), and a protein binding domain, which consists of a Phox and Bem1 (PB1) fold at the C-terminus. The middle region of this family of proteins is predicted to be intrinsically disordered. Indeed, limited proteolysis and NMR experiments performed in our lab show intrinsic disorder within ARF1. The functions of disorder of the middle region of ARF proteins are largely speculative and may be limited to Ångström-scale molecular properties only. For example, the middle region displays the highest divergence in amino acid composition, which is thought to be correlated to the respective ARF protein being a transcriptional activator or a repressor, respectively. Furthermore, a disordered middle region can serve as a focal signalling hub, because it may become structured upon interacting with cofactors or upon post-translational modifications, and/or aid in DNA binding affinity/specificity.

We aim to characterise the potential roles of intrinsic disorder and phase separation for ARF proteins, we will take the following experimental approaches.

Do you have a question about phase separation, or would you like to join us as a student researcher? Please contact us. 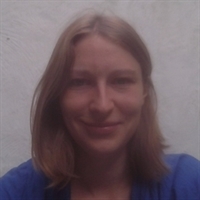