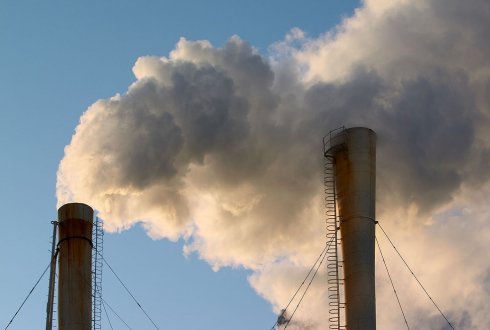 There is nothing new about climate change. For hundreds of millions of years the Earth’s temperature has been influenced by continental shifts, which have triggered volcanic eruptions among other things. Sometimes these shifts released large volumes of CO2 which heated up the Earth. They also caused young rocks to rise to the surface, which chemically bound CO2. As a result, CO2 was dispelled from the atmosphere in the longer term.

Today, natural phenomena still make a deep impression on the climate. Take, for example, El Niño, which occurs at intervals of three to seven years. When the trade winds ease, the warm water from the Western Pacific (Indonesia, Philippines) moves east and causes a rise in sea temperature in an area west of Peru. This occurrence creates worldwide deviations in cloud patterns, precipitation and temperature.
So, the causes of climate change are many and varied. And the effects on our climate system are complex.

Humans have been influencing the climate since the start of the Industrial Revolution. Since then, the average world temperature has risen by approximately 0.8 degrees Celsius. In North-West Europe (including the Netherlands) the average temperature has risen by 1.5 degrees. The sea level has risen by around twenty centimetres and most of the glaciers have shrunk dramatically.
Up to 1950 the influence of nature was more important than human influence. After that, the pattern in the average world temperature can only be explained by factoring in the human influence.
Even so, a slight decline in temperature did appear from the mid-1940s to the mid-1970s. It was linked to a dramatic increase in cooling aerosols from the post-war industrialisation in the western world. It was also caused by a mild decline in solar activity and some major volcanic eruptions in the second half of this period.
According to the latest IPCC report, it is more than likely (more than 90 per cent probability) that most of the global warming in recent decades is attributable to the observed increase in greenhouse gases.

The most well-known and the most important greenhouse gas is CO2. The concentration of CO2 in the atmosphere is subject to variation even without human intervention. The carbon cycle causes an exchange of CO2 between the biosphere and the oceans on the one hand and the atmosphere on the other.
Vast amounts of CO2 are also released by the burning of fossil fuels. There is incontrovertible evidence that the CO2 concentration in the air has never been so high in 800,000 years (probably even 60 million years) as it is now. The trend suggests that CO2 emissions will continue to rise globally, although the economic crisis did prevent a rise in 2009. The Netherlands (per head of population) is high on the list of CO2 emitters in the world.
Besides CO2, methane (CH4), nitrous oxide (N2O), fluorinated gases, ozone (O3) and water vapour are important greenhouse gases. Water vapour plays a unique role as it strengthens the heat-trapping effect caused by other greenhouse gas emissions. This is because a warmer atmosphere retains more water. The amount of water vapour cannot be artificially increased or decreased.

Aerosols are less well-known than greenhouse gases. Aerosols are dust particles which, in addition to CO2, are released into the atmosphere in large quantities when wood and fossil fuels are burned. Some aerosols have a cooling effect on the climate, others have a warming effect. On balance they have a cooling rather than a warming effect, but no-one can give a clear idea of the magnitude, because we still do not understand how aerosols influence the occurrence and characteristics of clouds.

Natural phenomena, greenhouse gases and aerosols create an imbalance in the incoming and outgoing radiation in the atmosphere. This process is known as radiative forcing. When the Earth heats up, the short-wave radiation from the sun that enters the atmosphere is greater than the long-wave radiation that exits the atmosphere. The temperature changes on Earth will not stop until the radiation balance is restored. Given the immense capacity of oceans to absorb heat, it will take a long time to strike a new balance.

The extent of global warming in the future is swathed in uncertainty; first, because we have no idea of how much of an increase to expect in greenhouse gases (depending on economic growth), and secondly, because we do not know exactly how our climate system will respond (climate sensitivity).

Read more about climate change in: