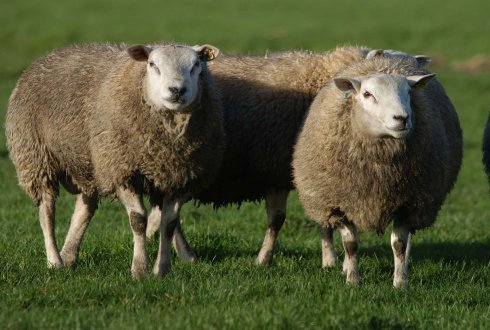 The 2003 CAP reform and cross-compliance

The 2003 Mid-Term Review (MTR) of the Common Agricultural Policy (CAP) introduced a number of adjustments to agricultural support. One of the most substantive changes was the introduction of a system of decoupled payments per farm (Single Farm Payment (SFP)) in combination with a (compulsory) cross compliance (CC) instrument (EC-Regulation 1782/2003). The latter refers to a system in which the CAP payments are made conditional on farmers meeting Statutory Management Requirements (SMRs) and Good Agricultural and Environmental Conditions (GAEC). Together with the greater decoupling of support payments and the rural development Second Pillar that was introduced in 2003, cross compliance intrinsically sought to promote sustainable agriculture. At the same time, it should help to justify the payments for farmers to society. Moreover, its scope was extended from its original environmental focus to a much wider range of public concerns, each of which was already covered by EU legislation, e.g. animal welfare, food safety, and maintaining agricultural land in a good agricultural and environmental condition (GAEC). More specifically CC could positively contribute to integrate in the CAP areas of EU legislation that could help to ensure that the positive environmental and safety benefits of agricultural management of the land are achieved. Detailed rules for the implementation of cross compliance are set down in Regulation (EC) No 796/2004 and were recently further adjusted (Regulation (EC) No 1122/-2009). The first CC SMRs were implemented in the EU 15 and Malta and Slovenia as from 2005 onwards. They relate to environment, public and animal health, and the identification and registration of animals. In 2006 and 2007 additional SMRs followed related to food safety (public health) and notification of diseases and animal welfare. For the new member states (excluding Romania and Bulgaria) the first SMRs were only introduced into the scope of cross compliance in 2009.

In 2009 the CC instrument was further adjusted (Regulation EC No 73/2009). At this moment 18 SMRs are included in the CC package.  The implementation of GAEC standards was done in 2005 in both old and new member states. GAEC standards are defined at Member State level and have been newly introduced as part of the CC package. Roughly, in 2008 there were 11 standards relating to the protection of soils and maintenance of habitats and agricultural land. In addition, each Member State must ensure that the area of permanent pasture is maintained at the same magnitude as in 2003 (2004-2005-2007 for the new MS). The latter clause was also newly introduced with CC and aims at avoiding the abandonment of land and associated environmental degradation. Abandonment of land was feared as a potential by-effect of the introduced decoupling, which delinked support from production activities. As such the GAEC standards are aimed to ensure that the positive environmental benefits of agricultural management of the land are achieved. In CCAT the impact assessments focus on the GAEC standards related to soil protection and minimum levels of maintenance. The majority of Member States have implemented standards for most GAEC issues. The implemented standards vary from very basic, simple and already required or satisfy more complex and new issues. The approach to GAEC standards in countries and regions has been further analysed in this project (see Final report Deliverable 2.8). Given the aim of implementing GAEC standards taking into account the specific characteristics of regions in terms of soil and climatic conditions, existing farming systems, land use, crop rotation, farming practices and farming structures, standards defined may vary between Member States.