Until recently, every publication or presentation on the Arctic tundra began with the observation that the Arctic is warming twice as fast as the global average. Nowadays, that is out of date, we write three times as fast. It is expected that such rapid warming will not be without consequences for the tundra landscape and perhaps even for the entire planet. In a recent publication, all the insights on this subject are listed.

The two most visible changes in the rapidly warming polar regions are the thawing of permafrost and an increase in vegetation. These developments are not unrelated, they strongly influence each other and together they determine the net emission of greenhouse gases. WUR lecturer and researcher Dr. Monique Heijmans has been studying the interaction between these processes on the Siberian tundra since 2007. This month, her review on interactions between vegetation changes and permafrost thaw in the Arctic, co-authored with WUR colleagues Rúna Magnússon and Juul Limpens, was published in Nature Reviews Earth & Environment.

Permafrost is permanently frozen ground whose top layer thaws slightly in summer. Tundra plants take root in this thawed layer and bacteria and fungi live there, converting dead plant matter into nutrients for the plants, but also into gases such as CO2 and methane that contribute to the global greenhouse effect. Warming up causes more greenhouse gases to be released from the soil, warming the climate even more. This intensifying process could change the Arctic so much that the change becomes irreversible: this is called a tipping point.

Not all bad news

Fortunately, it is not all bad news. In the review article, the researchers show that the tundra vegetation in the Arctic is also changing and may possibly slow down the thawing of permafrost. Juul Limpens: "Over large areas of the tundra, the vegetation composition shifts from an open vegetation of mosses and lichens on the ground to a denser vegetation with up to two metres high shrubs." This roof of shrubs shades the ground in summer and creates a cooler microclimate. As a result, the soil heats up less quickly in summer and permafrost thaw is delayed. On the other hand, such shrubs trap a lot of snow in winter, so that the soil under the snow cools less quickly. Where the balance lies between warming in winter and cooling in summer, and how this determines the greenhouse gas emissions of the tundra, requires further research.

Heijmans and colleagues show that the expansion of shrubs is not equally rapid everywhere. Rúna Magnússon: "The pattern is strongly determined by the presence of ice in the permafrost and the local topography. In well-drained hilly areas with little ice in the permafrost, shrub expansion is predominant. In flat, poorly drained areas, permafrost can contain large amounts of ice, for example in the form of ice lenses or wedges of ice". When these ice layers thaw, the ground literally collapses and the consequences for climate and man are great. The wet depressions release the powerful greenhouse gas methane and the unstable ground has major consequences for the human infrastructure.

All this kind of fairly sudden thawing in ice-rich permafrost is called 'abrupt thawing' or 'thermokarst'. Because the process is sudden, it is difficult to predict.
Monique Heijmans: "So our follow-up research now focuses on better understanding and predicting this abrupt thaw." Due to warming, but also due to disturbance of vegetation or human activity, more thermokarst is to be expected in the future. However, the associated greenhouse gas emissions are not yet factored into climate models. 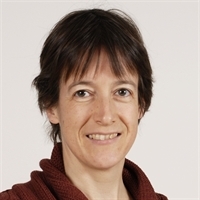 Do you have a question about the thawing of the permafrost? Ask our expert dr.ir. MMPD (Monique) Heijmans
Contact form + Show more (2)

Read the full article in Nature